Yesterday it was announced that the Ministry of Culture (which is responsible for overseeing all video games sold in China) banned Hitman 2: Silent Assassin, Painkiller and has ordered MMORPG developer Object Software to remove its Player vs Player system which rewards players for killing other players.

At the time we launched the World Tour, Painkiller was the best choice. Even the players themselves have stated that while the game lacks in several areas, it is fun to watch in a live environment and the competitions can be intense to the last minute.

The games we select for next year will be the ones that the community of gamers want to play, our sponsors want to sponsor and CPL wants to support. We just have to do a better job in selecting countries that embrace computer gaming for its positive aspects and support our competitions.

The CPL has always had the strictest standards when it comes to M-rated games and we feel that making these tournaments available only to participants that are 17 or above and is a great way to curb the general concerns about violence and gaming.

You can catch the feedback from the CPL here, and you can read Angel Munoz

After an awesome stop in Dallas, USA and a cancelled stop in Liepzig, Germany many have been waiting for the next stop that will be held in Sheffield, UK. The time has come and this weekend the greatest players will fight for the honourable #1 spot. I have prepared everything for this stop and have written a feature with all the things you will need to know about the stop. We will ofcourse fill it with more information before and during the stop. I will be attending this World Tour stop as well and once again working with the tournament and CPL.

With the next CPL World Tour stop around the corner here is a brief guide on each of the players and their performance to far on the tour. At time of writing each of the players below are attending the world tour stop in Sheffield. The event starts on Friday and ends with the finals on Sunday evening. Be sure to check out our coverage live from the event, with pictures and player interviews during the weekend.

The n!faculty painkiller team (n!ScooBz0r, n!AgamemnonZ & n!eSrem) attended a LAN called Drome 12 ( www.drome.nl ). Its the biggest LAN in The Netherlands with 2000+ gamers. n!ScooBz0r and n!AgamemnonZ became first and second, n!eSrem couldnt participate in the competition due to his work. The frags are from the games played during the LAN. Hope you enjoy it a bit!.

An article about the LAN can be found on the n!faculty website here: http://www.faculty.de/news_details.php?id=1148

ESReality published an interview with Vo0. Its a nice read, here is a part:

—–
I did take a huge risk quiting university (although only being 2 months in), but I knew I had it in me after winning my two first and only tournaments back before the WT game was announced. I’ve placed really well, only getting 2nd twice, winning $89.500 out of the possible $99.500 after 9 tournaments. I still feel I could have done better but as I said, things go as they go. The thing about people that really want to be a progamer, it is a risk. I took the risk and succeeded, but alot of people will fail and will kill a year in their life (not going to school, not winning enough money to live on). There is no such thing as a written book how to become a progamer, and it’s hard to work your way up there. It all came to me, I wasn’t expecting anything great at ESWC 2004. I can still remember after winning my second group stage “oh my god I just made at least $1000 playing a computergame”. And look at where I’m at now, I could not have made a better choise in my life than I did. But as I said, it doesn’t go this way for everyone. Maybe I was lucky that PK was the WT game with such few competitors (although really skilled, Fatal1y/SteLam/ForresT/LeXeR, all reached (near)-god status in their previous games) unlike Q3 which had a huge following. Whenever a game has a huge following it’s a lot harder to have only 1 guy winning it all, I think.
—–

Big thanks to IndiWEB for doing this tournament and credits to the admins who made it possible (Darthbane, Charly and Gurke).

After the big Grand Final for IndiWEB PK Challenge I decided to interview the winner SK|SteLam. I

You can find that interview at http://www.team-dignitas.com/.

Tonight on the Team Sportscast Network we have the grand finals of the IndiWEB Painkiller Challenge. Over the last 4 months we have seen six exciting tournaments run by the IndiWEB tournament team.

Tonights games will start at 2pm EST ( 8 pm CET ) with the winners bracket final between Deniz “reptile” Kalkmann from Team-dignitas, the winner of challenge #5 and Stephan “SteLam” Lammert from SK-Gaming, the winner of challenges #2 and #6.
These two top German players will be playing for a spot in the final, earning a guarenteed 350 euros. The winner of the final will take home 700 euros! SteLam is the only player to win two of the six challenges, but can he make it 3?

We will then move onto the consolidation final, between David “Zaccubus” Treacy from 4Kings and the loser of the winner bracket final.

The final match of the night will be the grand final of this tournament, which has been labelled an “online World Tour”. All three matches will be played in a best of 3 format.

Who will take home the gold? Zaccubus? Reptile? or SteLam? . Join TsN’s very own Joe from 20CET as he brings you all the action from all three games!

TsN- We Call the Shots!

Painkiller cups are popping out of the ground, and this time we’re serious. ESNL provides a late summer cup for benelux residents. For a small online cup the prizepot is nearly €125. Featuring €50 for the first prize and a ticket into the Netgamez 2005B event.

Want to give a throw at it? Then sign up at http://www.esnl.org/cup/

For Map hosting : I can host some maps, b6.email@free.fr Topic : Map

Qubism.net ( www.qubism.net ) has announced they are to hold a PK 1v1 Cup. The cup will include 16 players, and will be single elimination with all matches being the best of three games.

The map pool is:

You can find the rules here, and registration form here. The cup will start soon, and you can contact players and admins on irc in #qubism. 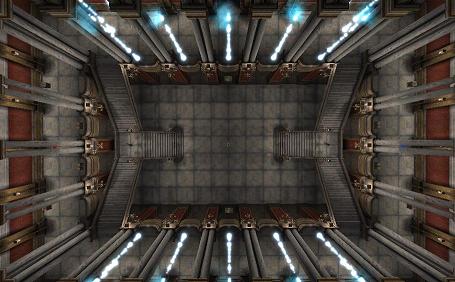 The 19th issue of Team Dignitas Painkiller Spotlight is out and this time the glory fell upon the new gamer talent Ztrider from Team Fnatic. He is definitely one of the best newcomers for gaming this year by having no previous “pro” history and improving his result as the time goes on with placements like 4th in CPL WT Brazil and Sweden and now recently a well respected 3rd place in CPL WT USA. This interview covers areas of how everything started for this great talent, his strengths and weaknesses, the road towards number 1 and of course WT 2006.

Here is a piece of the whole interview:

Team Dignitas:
Tell us a bit about your gaming career and how it all started and the story behind your choice of Painkiller as the game?

Fnatic/Ztrider:
I think my gaming career started when I was about 3 years old, my grandmother bought me a NES because she was tired of me playing at my uncles :). I always have been playing games since, Mega Drive, SNES, Playstation, N64 GameCube and PS2. But the first time I ever tried to play a FPS game on LAN/online was in mid 2002 (first time I played q3) and I got totally hooked and could play for hours and hours vs. bots since I didn’t have any internet connection. I was playing Quake 3 only for fun for almost 2 years, then Doom 3 got released and of course I started to play it because I thought (Like everyone else) that it was the WT game, I saw this as a chance to prove that I could be a top player in a game if I played it from the start. But I couldn’t play it from the release since my computer was to sucky and I had to wait for my new one to get delivered. So after one month after the release of the game I started to play it and got pretty decent. So after a while they announced PK as the WT game so I dropped D3 and started to play PK ;), that’s my way to Painkiller 🙂

Team Dignitas:
Do you think that you will win a stop and if so, which one?

The whole Dignitas PK Spotlight interview could be found here.

If you have not read the other great painkiller spotlights go to www.team-dignitas.com and go to news archive and select Painkiller Spotlights and you will get all of them.

Inpainkiller ( www.inpainkiller.de ) has published a rare PCF interview with its CEO, Adrian Chmielarz.

Adrian Chmielarz:
Yes, we are still tweaking on it (PKTV) and it is being tested by several side teams through Dreamcatcher. I would say we are 80% done. It was much harder than we anticipated, actually – easily the hardest thing we ever did for the multiplayer.

You can find the interview, here.

Varus made the 1. Custom SP Map for PK.
400 Monsters, long Time of Gameplay & lots of crazy Quests & Traps.
This is what Varus sayed:

OK…time to cry and maybe to die…

The details of the UK CPL World Tour stop were announced today. The event will take place over the 2nd, 3rd and 4th of September at the Magna Science Adventure Centre in Sheffield.

The landmark $1,000,000 CPL World Tour, which boasts the largest cash purse ever offered by a game tournament, is traveling several international cities and is expecting to bring together the world

The title sponsor of the tour is Intel, the world

The other main tour sponsors include NVIDIA, the world

The UK CPL World Tour stop will be offering a total prize fund of about $70,000.

As well as the official tournaments, the event will also host a Bring Your Own Computer (BYOC) LAN party at Magna Science Adventure Centre. Game Frontier (CPL